The Rubik’s Cube has been one of the most popular puzzles and other tools for exercising the brain for almost half a century. However, its composition can be quite troublesome, especially for beginners. If you’re just trying to crack this puzzle, try our guide on how to assemble a Rubik’s Cube.

What is a Rubik’s Cube?

The Rubik’s Cube is a mechanical puzzle that has been exercising the human mind and logical reasoning for over four decades. It is a cube made up of colour-coded, smaller cubes. The point of the Rubik’s cube is to rearrange these colours by rotating them so that each face of the cube is coloured with one colour.

The classic Rubik’s Cube format consists of twenty-six cubes, eight corners, twelve edges, and six centers. Each face is made up of three layers, and each cube has one, two, or three single-coloured stickers – depending on its position in the whole.

The moving mechanism that allows the cube to be folded was introduced in 1974 by Hungarian architect Ernő Rubik, as was the concept. However, the popularity of the Rubik’s cube gave rise to other sizes (2 x 2, 4 x 4, etc.) and atypical shapes such as needles.

How to assemble a Rubik’s Cube

There are many ways to assemble a Rubik’s Cube. Each requires a slightly different level of experience and algorithm complexity. The simpler procedures typically require more moves and, with that, more time to fold. All the algorithms for folding a Rubik’s Cube must be known by heart, and the more times you try to apply them, the faster the folding will go.

The popularity of the Rubik’s Cube has given rise in addition to its atypical shapes to international competitions in both speed and folding technique. These competitions are related to the concept of speedcubing, which consists of folding a Rubik’s cube on time using the lowest possible number of moves. Blind folding can also be a diversion.

The Rubik’s Cube Tutorial works with a number of abbreviations that you should master before you get started:

When following the instructions on how to fold a Rubik’s cube, it is important to note that you should look perpendicular to the edge when turning. In doing so, the description always refers to the face that is facing you. You will probably also notice that they are always placed opposite each other in the same colour – if you remember these combinations, you will find folding a little easier again.

How to fold a Rubik’s Cube – for beginners

The previous paragraphs have already mentioned that there are multiple ways to fold a Rubik’s Cube. The easiest of these is generally considered to be stacking the layers in sequence, which will be the subject of this tutorial.

Starting from the white wall, specifically by creating a cross: 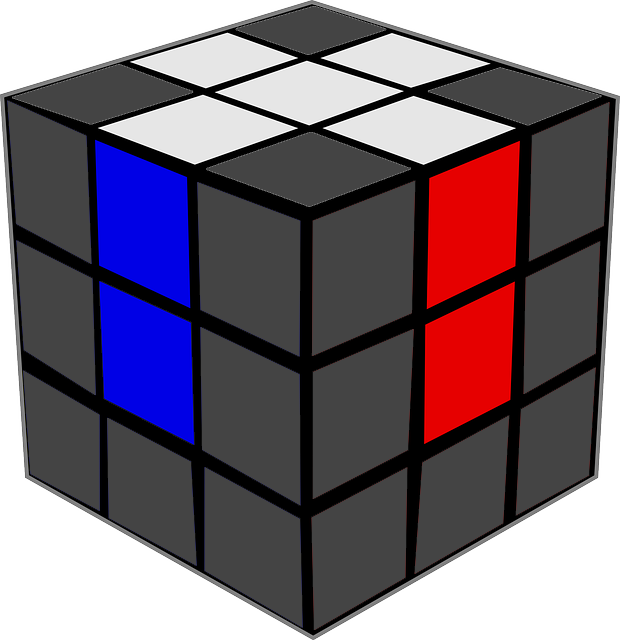 The second step in the instructions for assembling the Rubik’s Cube is to complete the first layer. So at the end of the following procedure, the cube should look like this, as shown in the drawing below. 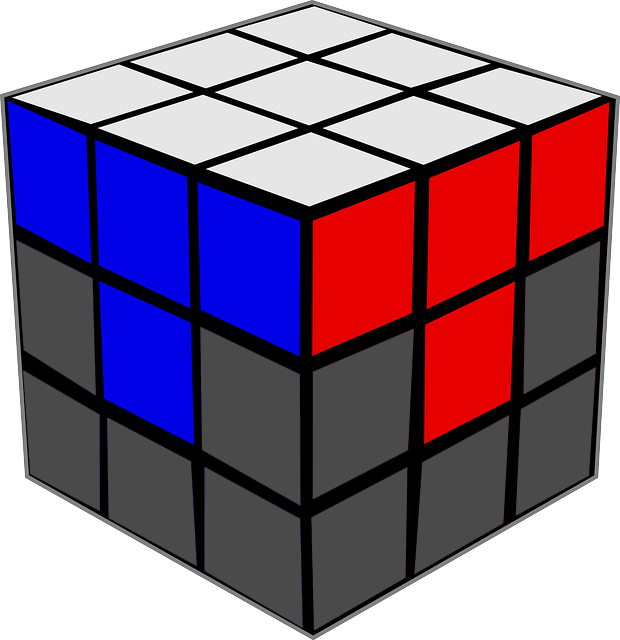 The point of the procedure is to set the correct placement of the corners to create a solid white area. Place the wall with the cross facing down and rotate the third layer until the indicated shape is formed on the cube. 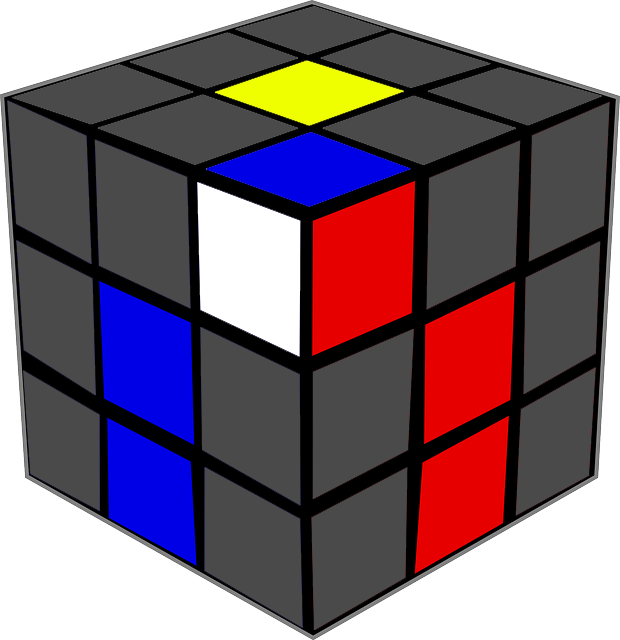 After that, all we need to do is apply the algorithm, which again is demonstrated by the sketch.

How to Fold a Rubik’s Cube – Second Layer

After folding the first layer, the second layer comes next. The white edge should be pointing down again. The goal is to get four edges into the aforementioned second layer. 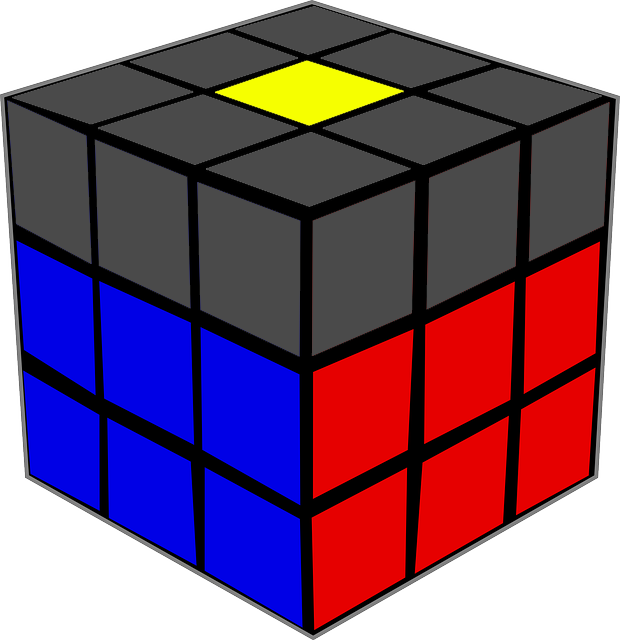 The edge you want to get to this position must be transformed to the position of the inverted “T”. This is done by rotating the third layer until the shape shown is created. 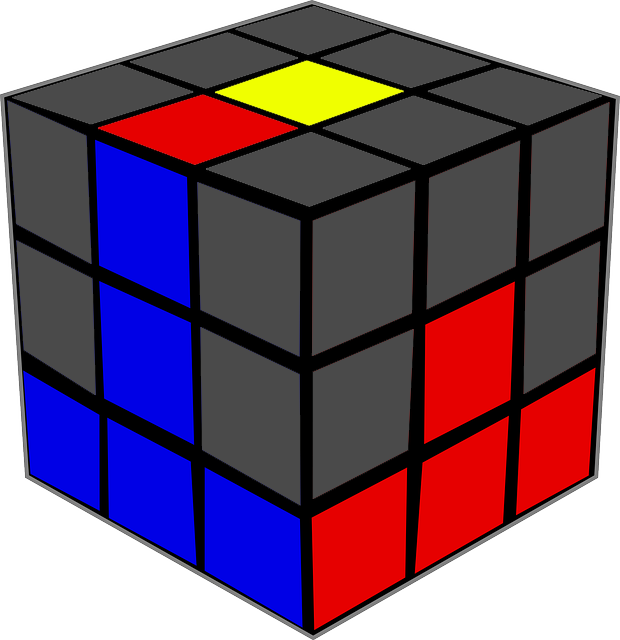 Now, all you have to do is follow the instructions below on how to assemble the Rubik’s Cube, or its second layer. After doing so, repeat the process once more in a mirror image.

Only the last, but most difficult, layer three remains. The first step is to assemble the yellow cross. 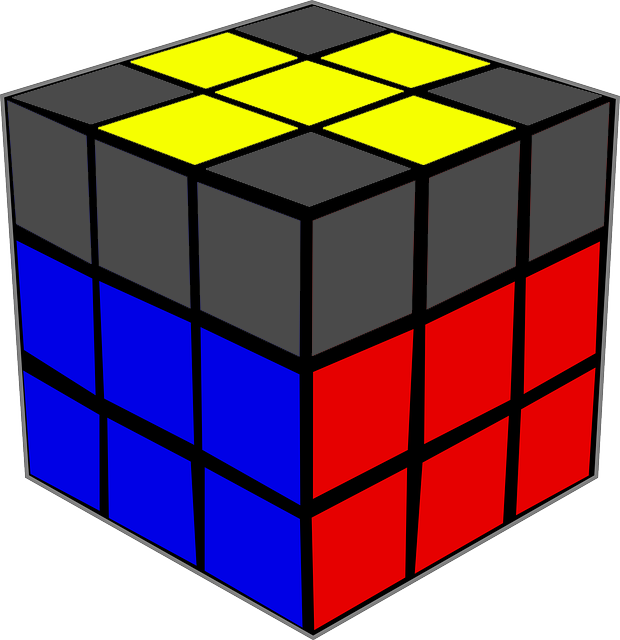 Place the cube in the position shown and then apply the algorithm. 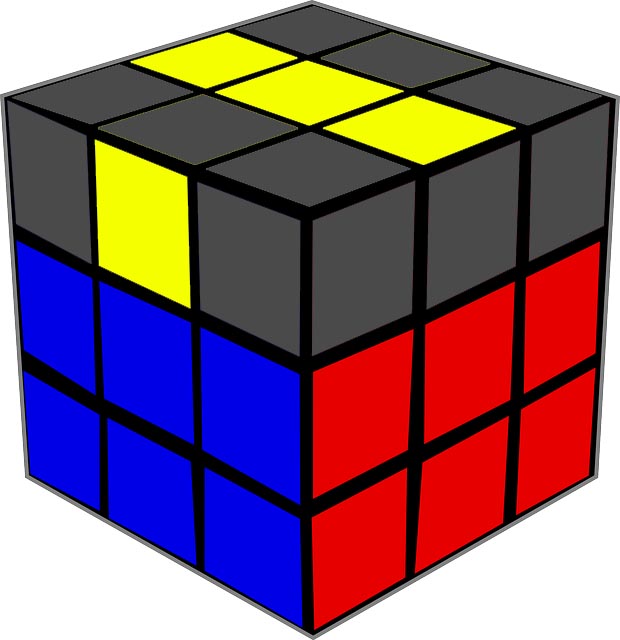 Next, you need to correctly rotate the corners so that the yellow layer is complete. 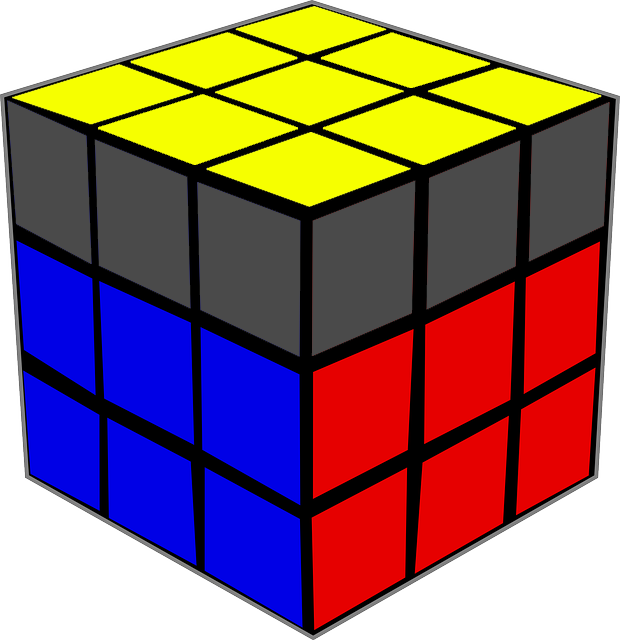 To achieve the yellow wall, you will need the algorithm below and its mirror variant.

Once you have the corners turned, you need to rotate them, which will make the colors line up on the sides. 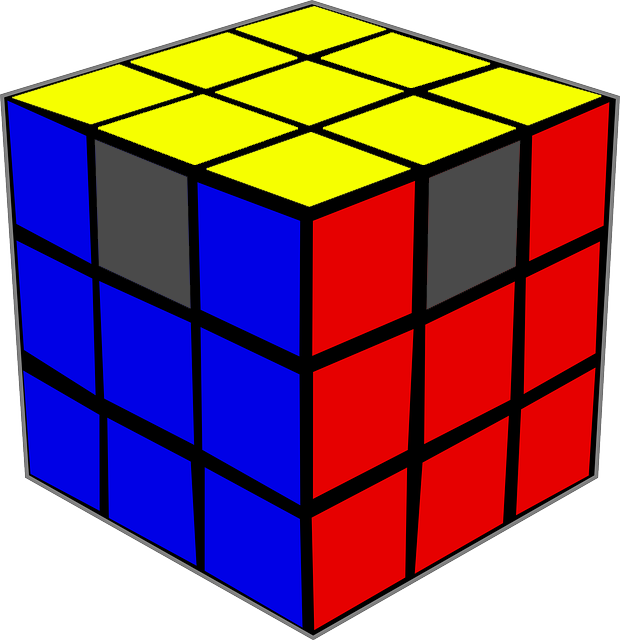 You can achieve the swap, using the algorithm below, which in some cases needs to be repeated multiple times. 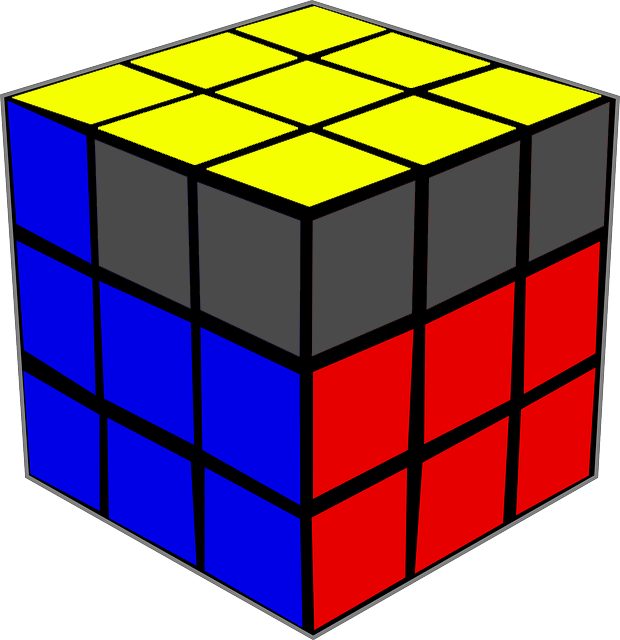 Now, the final step awaits you. This step is the algorithm you will find below, to complete it you may need to reapply it multiple times.

How to fold a Rubik’s Cube blindly